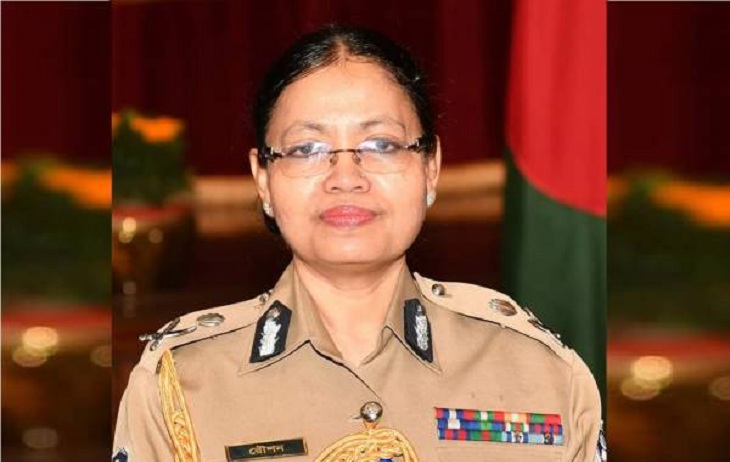 The body of Additional IGP Rowshan Ara, who was killed in a road crash at Kinshasha in Congo on Monday, has arrived home.

A flight of Turkish Airways, carrying the mortal remains, landed at Hazrat Shahjalal International Airport in Dhaka at 5:30 am on Thursday, said Kamrul Ahsan, public relations officer of the police.

The formalities for handing over the body were done in the presence of her loved ones and police higher-ups.

The AIG's body was then taken to her home in Mohanagar Project Residential Area on a mortuary ambulance.

Home Minister Asaduzzaman Mia, IGP Dr Javed Patwary, Public Security division secretary of the Home Ministry, and members of police, relatives, friends and well-wishers of the deceased are supposed to attend the janaza.

She will be buried at Azimpur graveyard.

The police officer was killed following a collision between a civilian lorry and the vehicle carrying her and others on the way to the Medal Parade of Bangladesh Formed Police Unit (BANFPU).

Rowshan Ara, the rector of Police Staff College, had travelled to the Democratic Republic of Congo to attend a medal parade of a Bangladesh Front Police Unit, stationed there on a peacekeeping mission.

Rowshan Ara was born on Jan 1, 1962. She completed her SSC from Moghbazar's T&T High School and the HSC from Viqarunnisa Nun School and College before enrolling at the Dhaka University.

After obtaining a master of social science degree from the University of Dhaka, Rowshan Ara started her professional police career in February 1988 and served in high-profile positions including assistant police commissioner of the Accounts Section, Reserve Office, Traffic Division and Training Unit of Dhaka Metropolitan Police, the largest police unit of Bangladesh Police.

She was the first woman superintendent of police at the district level in the Bangladesh Police.

She successfully performed her duty as the SP of Munshiganj district from 1998 to 2000.