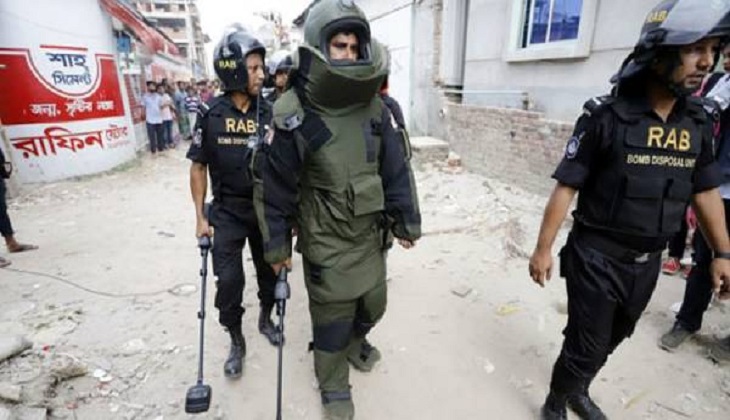 A suspected militant was killed in an explosion after members of Rapid Action Battalion (Rab) cordoned off a tin-shed house at Bosila in Mohammadpur area of the capital early Monday, suspecting it to be a militant den.

“A militant was killed following a blast in the house but identity of the deceased could not be known yet,” said director of Rab's Legal and Media Wing Mufti Mahmud Khan.

Acting on secret information, a team of the elite force cordoned off the house, ‘Metro Housing’, at Bosila around 3:30am,  he said.

He said sounds of gunshots and explosions were heard from the house around 4:45am.

At one stage, the roof of the tin-shed house was blown away in an explosion.

Besides, the Rab team detained three people, including caretaker of the house, for interrogation.

Law enforcers are trying to see the situation inside the house through a drone camera.