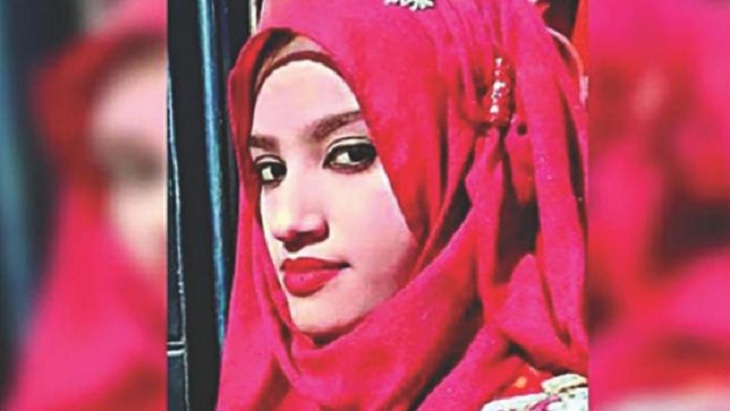 A case has been filed against former officer-in-charge (OC) of Sonagazi Model Police Station Moazzem Hossain under the Digital Security Act on charge of spreading a video on social media on Feni madrasa girl Nusrat Jahan Rafi's statement at the police station.

According to the case statement, the OC called Nusrat to the police station on March 27 after she filed a case against Maulana Siraj Ud Doula, principal of Sonagazi Islamia Senior Fazil Madrasa, for sexually harassing her.

During interrogation at the police station, he asked her offensive and unpleasant questions over the incident. Later, the OC spread the video on social media.

On April 10, the OC was withdrawn as Nusrat family's alleged that they were not getting proper cooperation from him.

Nusrat, a student of Sonagazi Islamia Senior Fazil Madrasa in Sonagaziupazila of Feni, was set ablaze on April 6 allegedly for refusing to withdraw a case filed against principal SirajUd Doula of the madrasa for sexually harassing her last month.

After fighting for her life for five days, the madrasa girl died at Dhaka Medical College Hospital on April 10.