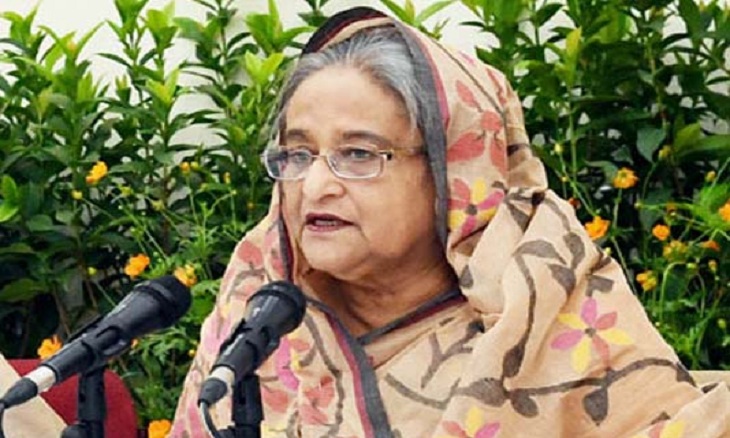 Prime minister Sheikh Hasina on Friday sharply criticised the USA for issuing an alert on Bangladesh without citing any reason or giving any explanation.

"I saw the USA issued a red alert. They didn't inform us why they issued the alert and gave no explanation either," she said in her introductory speech at Awami League Central Working Committee (ALCWC) meeting at Ganobhaban.

Sheikh Hasina said she has already asked the authorities concerned to look into the matter and find out why the US issued the alert or whether they have any information.

"If they've any information about any incident that can happen in the coming days, then it's their responsibility to inform us," the prime minister said. "They could inform our intelligence agencies so that we could take steps."

Hasina said terrorism is a problem for the whole world.

"Bangladesh contained terrorism and militancy successfully. After one incident we're very much alert and our intelligence agencies are working round the clock. If they (the US) have any information, they should inform the appropriate authority," she said.

The prime minister said Bangladesh is in the top five growth attaining countries and it is natural that those who did not want the country's independence will not want to see the country advancing smoothly socioeconomically.

"They hatched conspiracies in the past, but we're advancing and we'll be advancing. Everyone has to work so that our march towards success continues," she said.

The US embassy on Wednesday issued a fresh alert for its citizens living in Bangladesh.

"In light of calls for revenge in the wake of the 15 March terrorist attack against on mosques in New Zealand, we encourage US citizens to exercise heightened awareness of the ongoing threat posed by transnational terrorist organisations such as ISIS and al-Qa'ida," it said in a statement.

Terrorist groups, their associates, and those inspired by such organisations remain intent on attacking US and western citizens around the world, including in Bangladesh, it mentioned.

It also requested its citizens to review their personal security plans as well to be aware of their surroundings."Stay alert in locations frequented by Westerners and monitor local media for updates," it added.