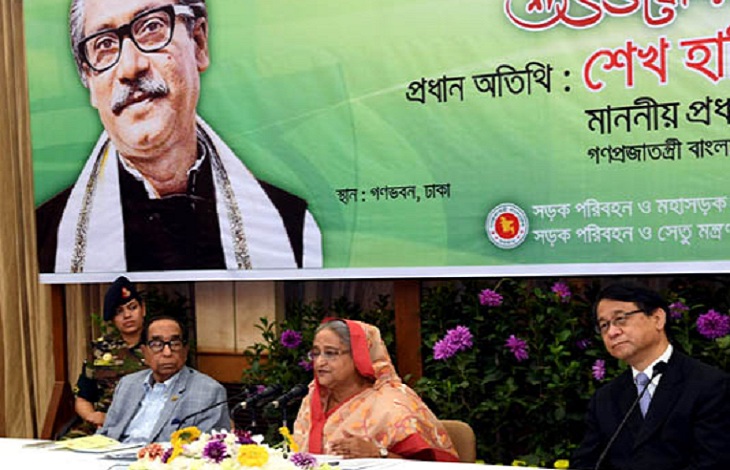 Prime Minister Sheikh Hasina today categorically said that Bangladesh in future will send its cricket team abroad after examining and reviewing the security measures of the host countries.

“In the future, whenever we send our cricket team abroad we will do that after examining and reviewing the security matters of the host countries,” she said.

The prime minister said this while inaugurating the four-lane second Kanchpur Bridge on the river Shitalakkhya, four-lane flyover at Bhulta and a railway overpass at Latifpur on Dhaka-Sylhet Highway through a videoconference from her official residence Ganobhaban here.

“We give them appropriate security and we always do that,” she added.

The prime minister’s comments came as some of Bangladesh national cricket team players narrowly escaped from a shooting in a mosque at Christchurch in New Zealand that left 49 devotees dead including three Bangladeshi and injured dozen others.

“Our cricket players were supposed to go to that mosque, they went there, but on their way an injured women did not let them to enter in the mosque and the cricket players escaped,” she said.

Condemning the hatred, terrorist and militant attacks in New Zealand, Sheikh Hasina said that there is nothing heinous than killing people while they are performing their prayers.

“I will hope that the world community not only condemn this incident, but also take steps to eliminate militancy and terrorism forever,” she said.

The prime minister said she always believes that militants and terrorists have no religion, country or nation. “They are just terrorists … actions will have to be taken against them considering them as the terrorists,” she said.

She mentioned that Bangladesh with its hectic efforts managed to protect the county from militancy and terrorism although many people raise many types of question.

“Militancy and terrorism could never bring any welfare to anyone except bad things,” she said.

Talking about the religious freedom, Sheikh Hasina said that it is the right of all people and Bangladesh has established the rights for all appropriately.

“People from all faiths can perform their respective religion freely here,” she said.

Media reports said the shooting at two crowded mosques during Friday prayers in Christchurch left at least 49 dead and many others injured.

Forty-one of those slain were at the Masjid al Noor in central Christchurch, police said, adding seven more were killed at the Linwood Ave mosque, three of them outside of the building.

Up to 49 people killed in New Zealand mosque attack