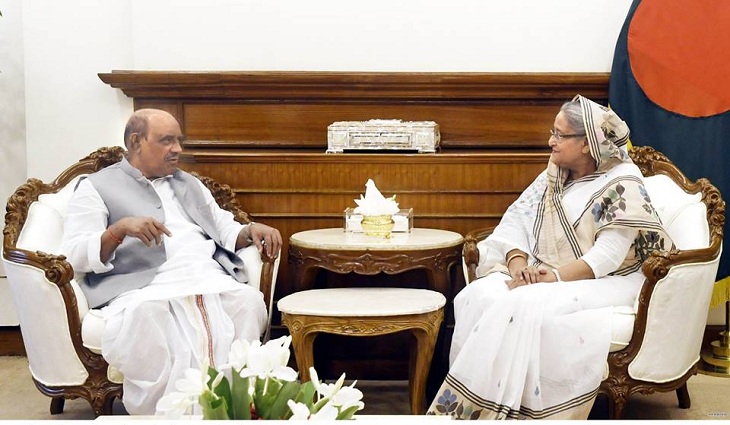 Prime Minister Sheikh Hasina on Monday said the relation between Bangladesh and India now reached a newer height as both the countries duly value each other.

The Prime Minister said this when State Executive Member and Adviser to President BJP, West Bengal, India Dr Anindya Gopal Mitra met her at her office.

He said Dr Mitra also echoed the observation of the Prime Minister on the Indo-Bangla relationship.

Sheikh Hasina said the people of Bangladesh always express their gratitude towards the Indian government and people for their all-out support to Bangladesh and its people during the Liberation War in 1971.

After the assassination Father of the Nation Bangabandhu Sheikh Mujibur Rahman on August 15, 1975 the real history of the country was distorted. "One generation was completely kept in the dark the country’s history," she said.

The Prime Minister mentioned that the new generation of the country is very much aware and they learned the real history.

Dr Mitra told the Prime Minister that he was a young politician during the Liberation War of Bangladesh, and apprised her about the role he played during war.

Earlier, Mitra expressed his profound respect to Bangabandhu through garlanding on his picture kept in the PM office.