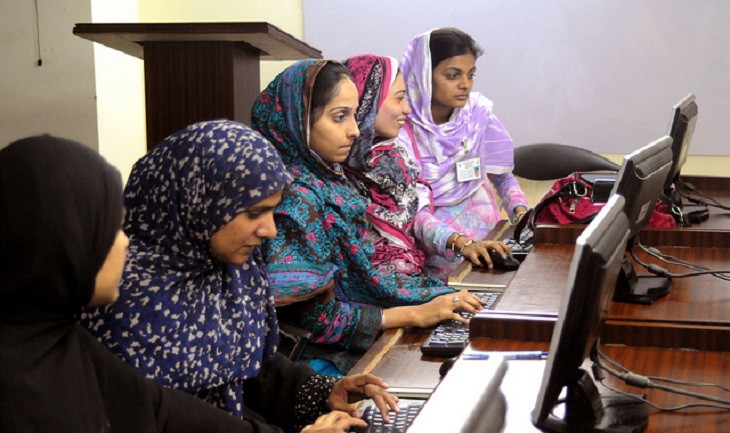 Many women in 64 district towns and hundreds of villages across the country have become self-reliant after obtaining basic computer training, thanks to a state-funded project.

Under the project, thousands of women have completed training on computer and ICT while many of them got jobs in cyber cafes and broadband internet service providing centres in different towns and rural business centres.

The Women and Children Affairs Ministry, the implementing authority of the project, has targeted providing computer training to 28,070 educated women at the 64 districts by 2018 to help them get a decent lifestyle. 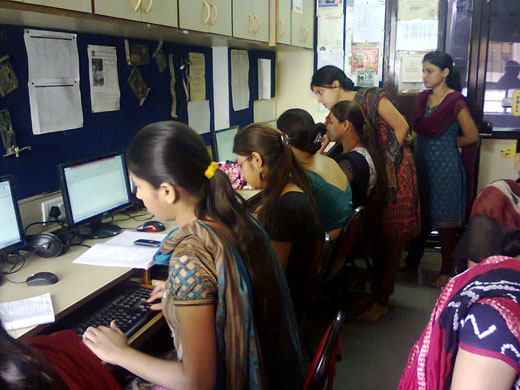 Considering the growing demand for computer training for women, Jatiyo Mohila Sangstha (JMS) under the Ministry of Women and Children Affairs, has initiated the 3rd phase of the project under the name "District Based Women Computer Training Project".

The 3rd phase, a merger of two ongoing projects - "District Based Women Computer Training Project (2nd phase)" and "IT Program for Women" in 64 districts, began in July 2013 and will continue till June 2018.

Under the project, a six-month training course is being provided on computer applications following a syllabus of the Technical Education Board. JMS district committees are running the training centres at the local level.

"We have achieved significant success in attaining the goals of the project," said JMS Chairman Professor Momtaz Begum.

She said many women have already become self-reliant after getting computer training under the project, noting that the training empowered the women for changing their livelihood and lifestyle, with making them successful entrepreneurs or IT professionals.

Besides the projects, JMS is implementing a project named "Tottho Apa" (a woman who provides necessary information to rural women) for empowering women through information technology.

"We hope these projects would take the benefit of the initiative of "Digital Bangladesh" to the grassroots level," JSM chairman said.

Women to be empowered: Mosharraf