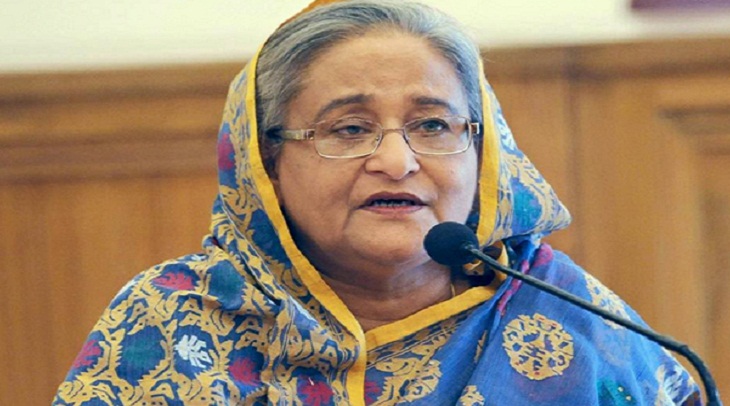 Prime Minister Sheikh Hasina today directed the Disaster Management and Relief Ministry and authorities concerned to further accelerate the relief and other related operations in the flashflood-hit haor areas to assuage the sufferings of people.

The prime minister gave the directives at the regular weekly meeting of the Cabinet held at the Bangladesh Secretariat.

Briefing reporters after the meeting, Cabinet Secretary Mohammad Shafiul Alam said the ministry and the agencies concerned have been asked to be more active in conducting relief operations in flood-affected haor areas and do whatever necessary for the rehabilitation of affected people.

"Efforts are on so that people could feel that everything is being done for them," the Cabinet Secretary added.

He said the Disaster Management and Relief Ministry has taken prompt steps in the haor areas following the flashflood and breaching of dams there.

Shafiul Alam said the Prime Minister also ordered the authorities concerned to publicise more the ongoing relief and other operations being conducted by the government in the haor areas.

An unusual flashflood struck the country's entire haor region damaging Boro crops on 1.8 lakh hectares of land in Sunamganj, Netrakona, Moulvibazar and some other adjoining districts.

Ministers, State Ministers and secretaries concerned were present at the meeting.

PM seeks to ensure educational support for every child