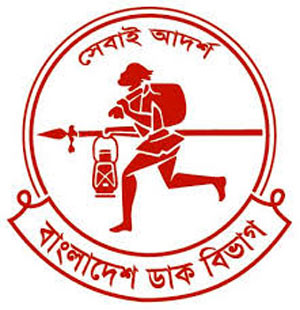 State minister for post and telecommunications Tarana Halim inaugurated the 19 mail vans at a ceremony on GPO premises and handed over the key of the vans to the women drivers terming it as a “landmark move” of BPO.

The BPO is collecting 118 brand new vehicles under "Mail Transportation System Strengthening Project" aiming to ensure fast and quick courier and parcel services for the people.

Speaking on the occasion as the chief guest, Tarana Halim said 20 percent posts of drivers for the 118 vehicles would be remained reserve for women.

Mentioning that nine open-body pick-up vans and 10 covered vans have already been supplied under the project, the state minister said: "The remaining vehicles would be available by June."

"We got the vehicles, and I would say that these vans are the Bengali New Year gift from the Prime Minister for the BPO," added Tarana.

The BPO has been lagging behind in the competition with private sector due to depending on the rail and launch transportation. Now, with the own vehicles, the BPO would introduce commercial parcel and logistic transportation.

Citing her directive for appointing 20 percent women drivers, the state minister asked the authority to be sincere so the women drivers would get appointment and salary as per the rules and regulation.

Terming the appointment of women drivers as exemplary instance, Tarana Halim said: "While our women drivers take the steering on road, it will be so impressive and praiseworthy job."

Turning on the aim of the project, she said: "Actually, we want to ensure the maximum use of 9,886 post offices with diversified services, which has already been started."

Referring to their plan of transforming the post offices into specialized bank, Tarana said if it starts the activities of bank, it doesn't need to see back. "We would send details to the Prime Minister as she wanted to know about it."

Man gets death for brutal killing girl in 2012