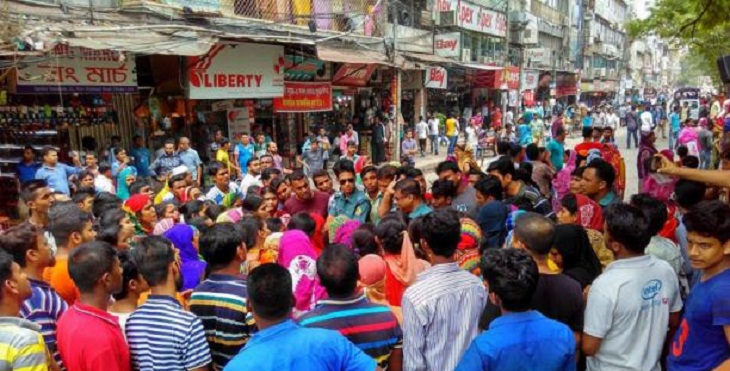 The blockade began this morning and was underway when last reported around 1:37pm.

They said the owner was shutting down Fashion Network Limited and subcontracting all the deals to other units, leaving the workers barren ahead of the festival of Eid.

“Eid is near. Now, there will be no recruitment in other factories. We want the owner to pay us two months’ dues and two more months’ salary as lay off compensation,” said Shilpi Akhter, a worker.

Nobody from the garment factory’s management body could be found at the spot.

New Market Police Station Officer-in-Charge Atiqur Rahman told The Daily Star that he was trying to calm the situation. “They say they want four months’ wage.”

The blockaders were denying any vehicle to pass through Elephant Road. Commuters were left to pass only on foot.

63rd CPC will be held in Dhaka in Nov: Dr Shirin

Man gets death for brutal killing girl in 2012