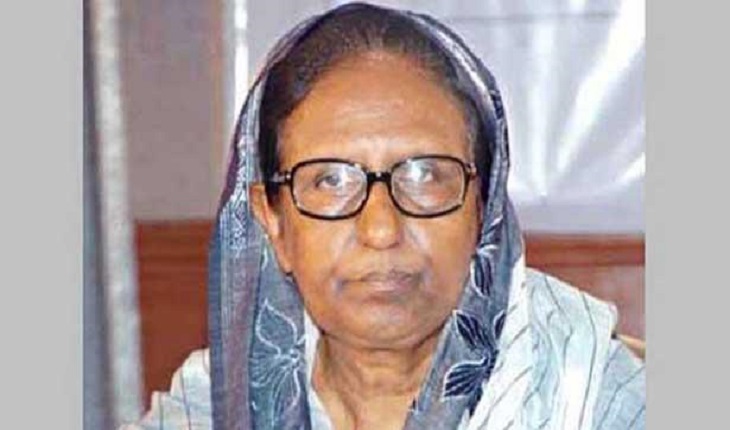 She breathed her last at 11:25 pm (Bangladesh time) at the Bumrungrad International Hospital in Thailand while she was undergoing treatment there, Anisur Rahman, nephew of Sahara Khatun, confirmed.

Sahara Khatun was taken to Thailand on Monday (July 6) for better treatment as she had been suffering from various old-age related complications.

On June 2, she had been admitted to the United Hospital in city’s Gulshan area with allergy, fever and old related complications and later she was shifted to the ICU on June 19 after her condition deteriorated.

The lawmaker of Dhaka-18 constituency was released from city’s United Hospital around 11.20 am on July 6.