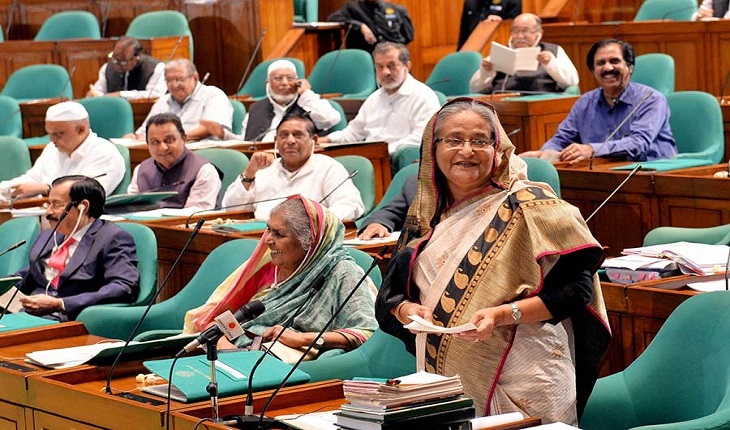 Prime Minister Sheikh Hasina on Thursday said action against the corrupt would continue regardless of their identities as the government would not tolerat irregularities.

“We won't tolerate these anomalies, certainly not. We 're taking acts, no matter who he or she is. And it'll continue, ”she said.

The Prime Minister came up with stern message while delivering her valedictory speech in the 8th session of the 11th parliament.

Her remarks came after several opposition MPs, including deputy leader of the opposition Ghulam Muhammed Quader, raised in the House the corruption issue in the health and financial sectors.

The Prime Minister said the military dictators had polluted this society by destroying the character of people to prolong their power after 1975.

“They had taught people how to resort to corruption, earn black money and not to repay loans. Overall, they hadd made this society polluted to sustain their power after capturing it illegally,” Sheikh Hasina said.

In the past, she said, people used to lead life following an ideology and policy, but the military dictators spoiled the character of people to make their power unchallenged one.

Returning to power, the Awami League government started taking actions against those engaged in corruption and irregularities without considering their political identities . “It matters little (to us) who belongs to which party."

But, she said, Awami League has been making all-out efforts to stop these (irregularities) and these efforts will continue.