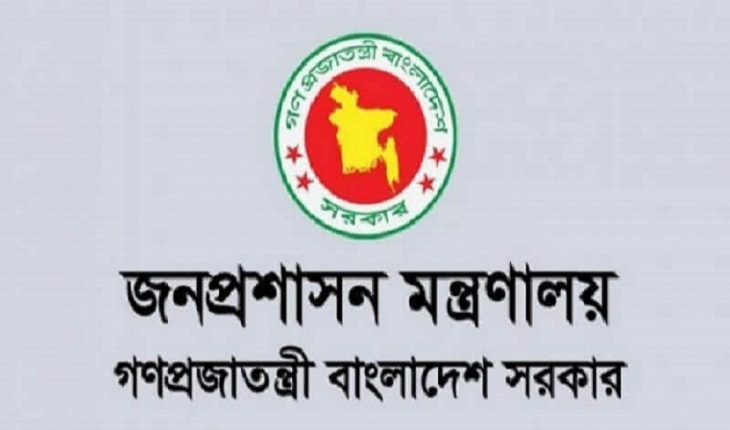 As coronavirus cases continues to soar in Bangladesh, the government is likely to extend the ongoing general holidays again until the Eid-ul-Fitr vacation in a bid to prevent the transmission of the deadly coronavirus.

“Prime Minister Sheikh Hasina will take decision in this regard. No decision has been taken yet. If the Prime Minister decides on holiday extension, she’ll take the decision considering the Eid holidays,” State Minister for Public Administration Farhad Hossain told UNB on Tuesday.

Asked when the decision on the holiday extension will be announced, he said, "It’s expected to be known by May 13-14.”
According to officials at the ministry, there are only four working days before the beginning of Eid holidays. Problems might arise if offices reopen for these few days. There might be an announcement of Eid holidays adding these days to that, they said.

According to the holiday calendar, May 21 is Shab-e-Qadr holiday, May 22 and 23 are weekly holidays and May 24 to 26 are Eid holidays.

On March 23, the government declared general holidays from March 26 to April 4, aiming to protect people from being infected by the fast spreading virus as elsewhere in the world.

Later, the holidays were extended six times until April 25 -– first from April 5 to April 9, then from April 10 to April 14, later from April 15 to April 16, then again from April 17 to April 25, from April 25 to May 5 and finally from May 7-May 16 in a bid to tackle the worsening coronavirus situation in the country.

However, a notification, issued on April 25, also included directive that all the ministries, divisions and their subordinate offices involved in providing emergency services will remain open on a limited scale during the extended general holidays.

On the same day, the Public Administration Ministry, said government offices at division, district and upazila levels under 18 ministries and divisions will remain open on a limited scale.

Earlier, the government closed all the educational institutions apart from shutting down the rail, road, river and air communications to prevent the spread of the highly contagious virus.

With the detection of 969 new coronavirus cases in the last 24 hours till Tuesday, the total number of such cases in Bangladesh stood at 16,660, according to the Directorate General of Health Services (DGHS).

“Besides, 11 more people died from the virus infection during the period, taking the death toll in the country to 250,” said Additional Director General of DGHS Prof Dr Nasima Sultana at the daily online briefing.

The global death tally from coronavirus pandemic reached 287,293 as of Tuesday morning.