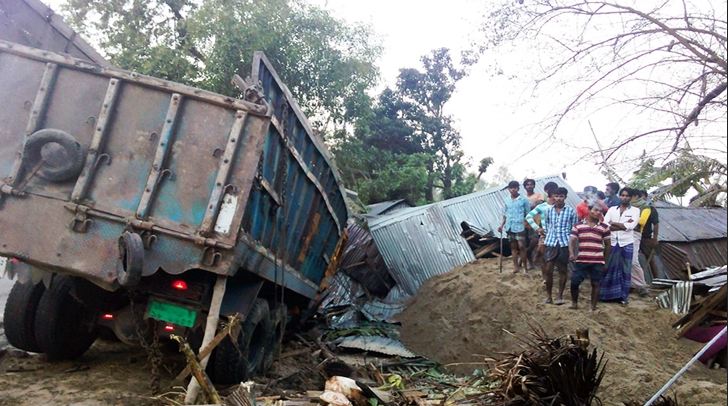 A woman and her daughter were killed as a truck rammed into a roadside hut in the Bogura Nandigram upazila area of Omarpur Bazar-haat early Saturday.

Atejan Bewa, 68, and her daughter Katoli Bibi, 46, were listed as deceased.

Confirming then news, Nandigram Fire Service and Civil Defense station-in-charge Ratan Kumar Debnath said a sand-laden truck hit the roadside hut at around 2:15 am where both mother and daughter slept, leaving them both dead on the spot.

The truck driver managed to escape the scene but his assistant Alam Sheik (30) was arrested by police.

Bus runs over 3 women in Narayanganj