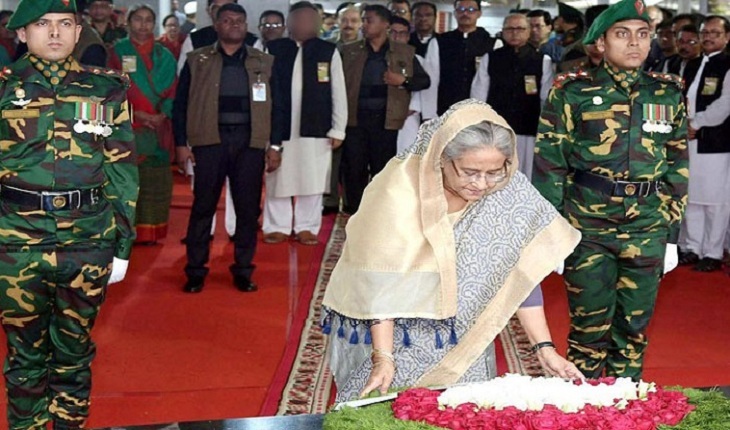 On Saturday, Prime Minister Sheikh Hasina paid rich tributes to Bangabandhu Sheikh Mujibur Rahman, the great leader and greatest Bengali of all time, by placing wreaths on his portrait at Dhanmondi-32, as tribute to the historic 7th March.

At 7:00 am, the Prime Minister laid a wreath on the image of the great leader in front of the capital's Bangabandhu Memorial Museum.

On this day in 1971, through his historic speech, Bangabandhu made a clarion call to the people to fight against the forces of the Pakistani occupation to attain the long-searched liberation.