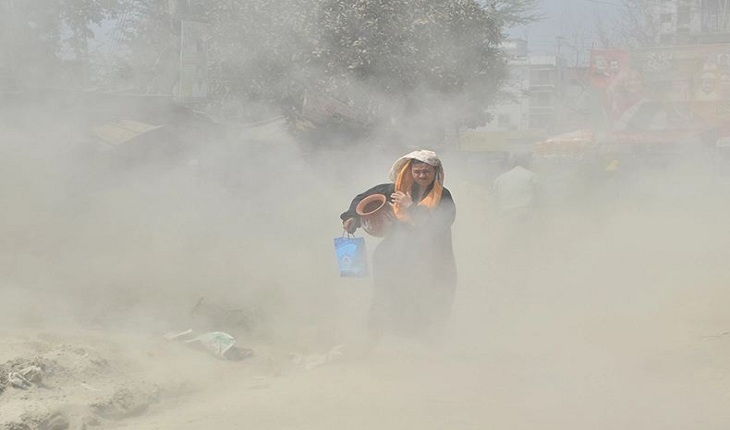 Bangladesh topped the list of the world’s most polluted countries in 2019 for PM2.5 exposure, according to an IQAir AirVisual report.

Besides, Dhaka ranked the 2nd most polluted city for the year as arranged by average annual PM2.5 concentration after New Delhi.

As per the IQAir AirVisual's 2019 World Air Quality Report, Bangladesh had particulate matter 2.5 (PM2.5) 83.30 μg/m3 on average. The air was categorised as ‘unhealthy’.

Of them, Pakistan and Mongolia’s air conditions deteriorated while the rest three illustrated slight improvements between the years of 2018 and 2019.

The 2019 World Air Quality Report is based on data from the world’s largest centralised platform for real-time air quality data, combining efforts from thousands of initiatives run by citizens, communities, companies, non-profit organisations and governments.

This assessment also tracked exposure to household air pollution from burning fuels such as coal, wood, or biomass for cooking.

Air pollution consistently ranks among the top risk factors for death and disability worldwide. Breathing polluted air has long been recognized as increasing a person’s chances of developing heart disease, chronic respiratory diseases, lung infections, and cancer, according to the report.

As per the World Health Organization (WHO), the air pollution kills an estimated seven million people worldwide every year largely as a result of increased mortality from stroke, heart disease, chronic obstructive pulmonary disease, lung cancer and acute respiratory infections.

Over 80 percent living in urban areas which monitor air pollution are exposed to air quality levels that exceed WHO guideline limits, with low- and middle-income countries most at risk, WHO estimated.