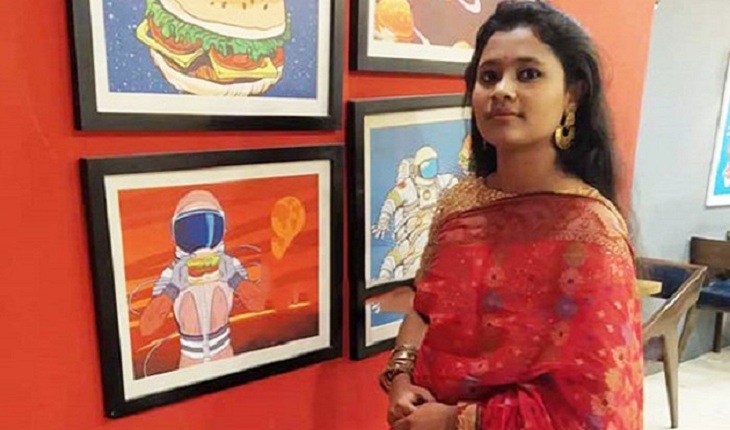 A newly married housewife died while undergoing treatment at Dhaka Medical College and Hospital (DMCH) after being stabbed by her husband on Friday night in the capital's Kuril Chowrasta area.

The deceased was named as Kaniz Fatema Tumpa, 25, daughter of Shah Alam of Barishal's Bakerganj upazila village of Katadia, as well as a final year student of the Shanto-Mariam University of Creative Technology.

The patient has been rushed to the DMCH and admitted to the hospital's Intensive Care Unit (ICU).

Aysha Akter, the deceased's younger sister, said, "Tumpa was a final year student at the Creative Technology University of Shanto-Mariam. Two months ago she married Safkat Hasan Robin after the love affairs of their long period.

"Tumpa asked my parents yesterday (Friday) to get her out of Robin's house. My aunt Nazma later went to the place of Kuril Chowrasta to bring her home. Robin stabbed her in an open place in the area on her way home, "she added.

Vatara Police Station's Officer-in-Charge (OC) Muktaruzzaman said, "I heard of the incident and sent police to the DMCH to investigate the matter."