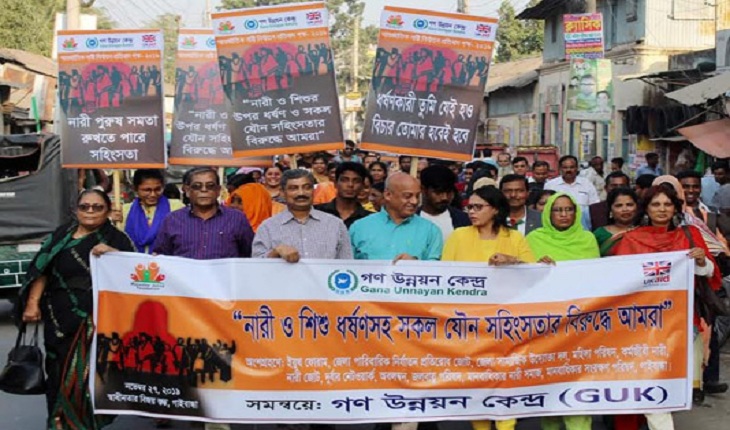 The district observed the International Women Exploitation Prevention Fortnight with a call to end the oppression of women and children, including sexual violence.

On Wednesday, as part of the Youth and Social Cohesion project funded by the Manusher Jonno Foundation and UKAID, Gana Unnayan Kendra (GUK), a local non-governmental organization, arranged an assembly at the town's Bijoy Stambha site.

The speakers in their speech said that as the most vulnerable group in society, women and children are becoming increasingly victims of sexual violence and rape.

To reduce the number of cases, they emphasized building social mobilization toward domestic, sexual violence and rape.

We also encouraged all of the society's members to cultivate a positive attitude to eradicate all forms of female oppression and sexual harassment in order to build a peaceful society.

Besides that, hundreds of teachers and students from the district's 42 academic institutions pledged to mark the fortnight's sexual violence, sources stated.