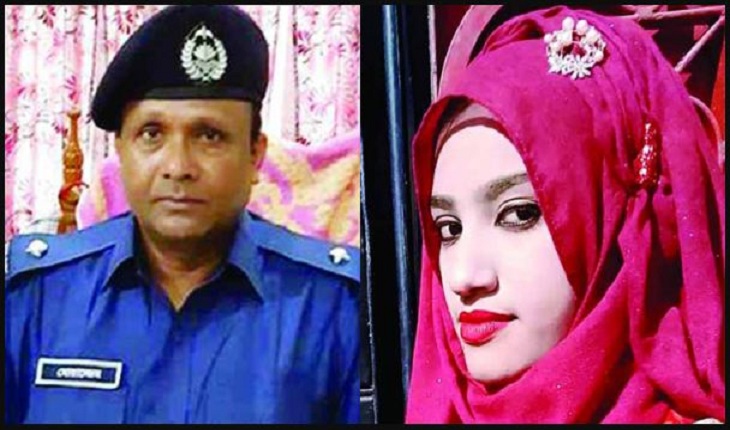 In the presence of sole defendant Moazzem, Judge Ash Sams Joglul Hossain of the Dhaka Cyber Tribunal pronounced the verdict.

The tribunal scheduled Thursday earlier on November 20 to issue the decision on completion of the prosecution's and defense's claims in the trial.

Earlier, on November 12, the recording of the testimony was finished.  A total of 12 witnesses testified in the case before the court.

Nusrat, a Sonagazi Islamia Senior Fazil Madrasa student, was set ablaze on April 6, reportedly for failing to remove a case filed for sexual harassment against the madrasa principal.

She died at the Dhaka Medical College Hospital on April 10 after five days of fighting for life.

Moazzem was suspended from the Sonagazi Police Station the same day, as the family of Nusrat alleged the OC was not cooperating with them.

A video clip of the then Sonagazi OC asking Nusrat also went viral on social media, drawing widespread criticism across the country.

Barrister Syed Sayedul Haque Sumon filed the case under the Digital Security Act against Moazzem Hossain for circulating the video on April 15.

The court set up charges against Moazzem in the case on July 17.