PM for the rapid implementation of four important projects 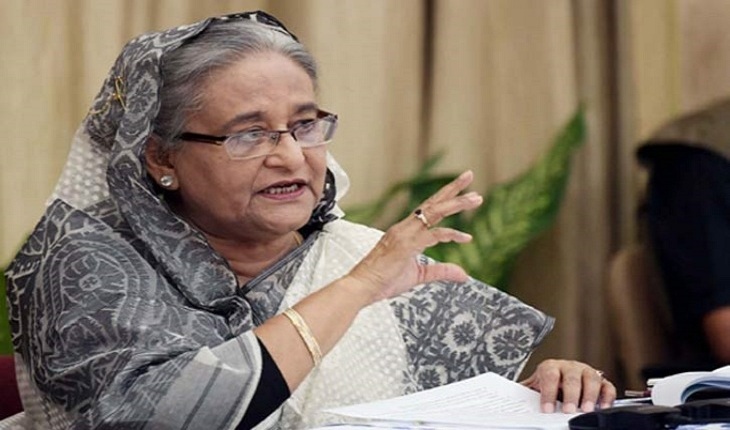 "I want these (projects) to be implemented soon," she said, witnessing a power-point presentation at the city's Prime Minister's Office about the four projects.

"Measures will have to be taken to maintain these properly (the structures of memorials to be built under the projects)," said the Prime Minister.

Two statues–Father of the Nation Bangabandhu Sheik Mujibur Rahman's 18-foot sculpture and another about the Pakistani soldiers ' surrender scenario–will be placed at the two memorials.

Under the Insolvent Freedom Fighters Housing Construction Project, 14,000 one-storey homes will be provided to insolvent freedom fighters as gifts from the Prime Minister before Bangabandhu's birthday celebration in 2020.

Every 900-square-foot house named' Bir Nibash' will be constructed at a price of Tk 15.75 lakh on four decimals of land.
The housing project will be implemented at Tk 2,253 crore's total estimated cost.

In order to spread knowledge about the Liberation War, Mujibnagar Independence War Memorial Complex Construction Project will be implemented at the historic Mujibnagar in Meherpur.

The Ministry of Liberation War Affairs will initiate a project to build Bangladesh's panorama to lift the Liberation War scenario before the people, but the construction location has yet to be decided.