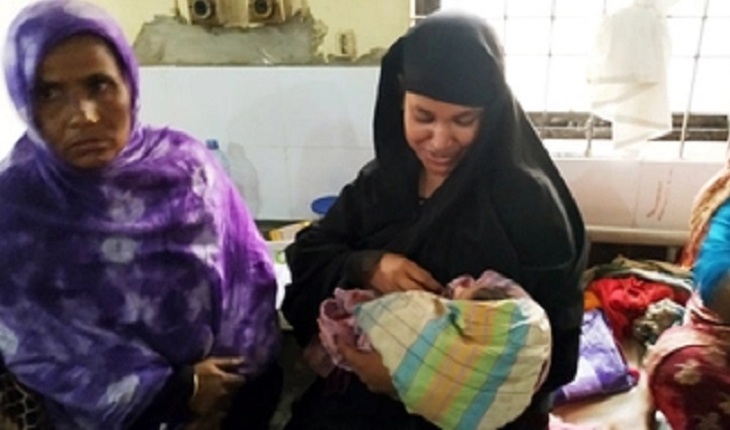 A uproar was created at Sadar Hospital in Brahmanbaria over a caesarean baby girl. The mother claimed it wasn't her girl. The hospital authorities also had a problem about the issue.

Three babies were born at 11 a.m. and 12 p.m. on Sunday, according to the hospital record book. The baby's mothers are Mohonpur's Sharmin Akter, Suhilpur's Tamanna Akter, and Paikpara's Dipti Rani Das.

Doctors gave Sharmin and Tamanna the baby boy and Dipti the baby girl. But the controversy broke out when Dipti refused to accept the baby girl claiming Tamanna's lap as her baby's baby boy.

Dipti's mother Shova Rani Biswas said when we took the ultrasonography check at this hospital three times, it was diagnosed with a baby boy. But after the surgery, we are given to the baby girl. So we can't accept this baby girl. "She also claimed that her grandson is the baby boy that was handed over to Tamanna.

Md Bakul Miah, Tamanna's uncle, "said that the baby girl given to Dipti's lap was correct. We can't understand if Dipti and her mom behave in this way. "

Dr. Md Shawkat Hossen is hospital caretaker said there's no need to misinterpret here. The activities took place at a 30-minute interval. The doctors are different as well. Yet, if there are any scandals We're going to continue the baby girl's DNA test.