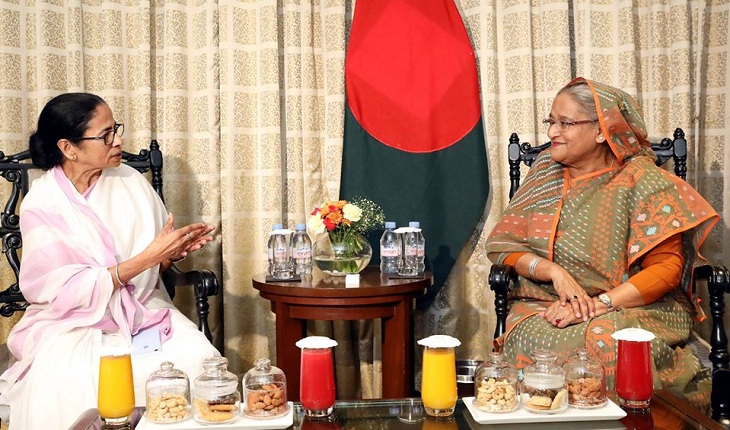 "In West Bengal there is a huge demand for bikes, and Bangladesh should take advantage of the opportunity to export it to West Bengal," she said.

Foreign Minister AK Abdul Momen updated journalists on the results of the conference following the meeting. In this regard, two proposals were made by Mamata Banerjee.

Next, she said businessmen in Bangladesh will set up bicycle factories in West Bengal joint ventures, and her government would grant land to them to promote these movements.

Next, she said businessmen in Bangladesh will set up bike factories in West Bengal joint ventures, and her government would grant land to them to encourage these movements.

Second, investors in Bangladesh should set up these factories in the bordering areas of Bangladesh, Mamata said, adding that it will significantly reduce transportation costs.

The foreign minister said the chief minister of West Bengal put emphasis on collaboration between Bangladesh and West Bengal in the areas of education, healthcare and industry.

Mamata Banerjee heard about their social welfare programs from the prime minister. He also stated that the Indian states reached the highest 8% of GDP in West Bengal.

They exchanged greetings at the beginning of the session, said the foreign minister.

He said the chief minister of West Bengal thanked the prime minister of Bangladesh for visiting Kolkata to watch Bangladesh and India's historic day night test match at Eden Gardens.