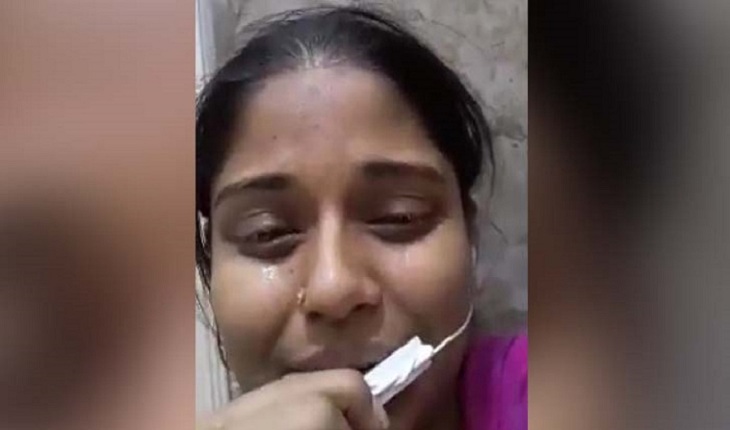 Sumi Akter, who has gone through horrible experiences of alleged torture and sexual abuse while working as a housekeeper for a Saudi Arabian family, returned Dhaka at last on Friday morning.

A flight of the Air Arabia (Air Arabia G9 517), carrying Sumi and 91 other Bangladeshi female workers, landed at the Hazrat Shahjalal International Airport in the capital around 7:30 am.

Newsmen gathered at terminal-2 of the Dhaka airport and waited for the arrival of Sumi Akter, but she departed the airport from terminal-1 for her home escaping the attention of media.

Nurul Islam, husband of Sumi Akter, came to the airport to receive her wife.

He told media, “I am very happy to see that Sumi has returned home. It also hurts me. She went to Saudi Arabian to change her luck, but she came back home empty-handed.”

Nurul Islam thanked the government and media for their help in bringing her wife back to the country.

Earlier on November 12, a video of Sumi, a 25-year-old housemaid worked at Saudi Arabia and hailing from Charabag area of Ashulia on the outskirts of the capital, went viral on social media platforms including Facebook and YouTube, where she was seen begging for help in returning home after alleged torture in Saudi Arabia.

Different national dailies, including television channel, ran reports on her following the spread of her viral video on social media platforms.

State Minister for Foreign Affairs Shahriar Alam took initiatives for bringing Sumi Akter back from Saudi Arabia. She returned home under the supervision of Shahriar Alam.