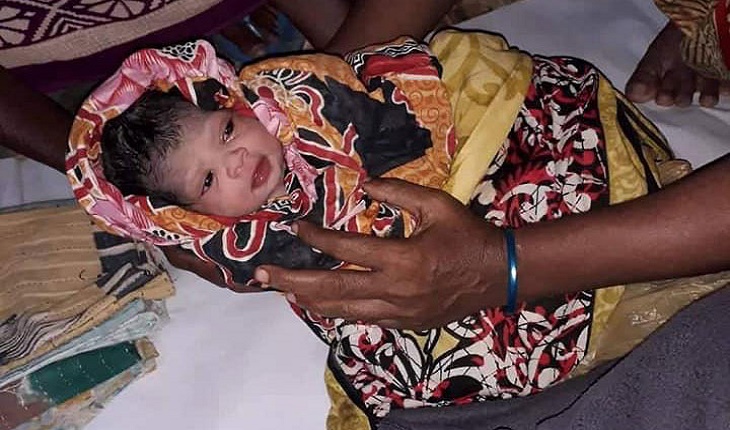 A baby girl, who was born at a cyclone shelter in Mithakhali village in Mongla upazila in Khulna on Saturday night, has been named 'Bulbuli'.

The parents of the newborn baby named their child keeping similarity with cyclone ‘Bulbul’ as it was born on the night of the severe storm.

Hanufa Begum gave birth to the baby girl at ATC Government Primary School which was turned cyclone shelter for providing shelter to the people of the coastal area.

Mongla Upazila Nirbahi Officer Md Rahat Mannan said Hanufa Begum, wife of Bayzid Sikdar of Mithakhali village, gave birth to the baby safely with the help of a midwife of upazila family planning office. The condition of the mother and the baby is well now, he said.

Severe cyclonic storm 'Bulbul' completed crossing the West Bengal-Khulna coast near the Sundarbans around 5am on Sunday.

Around 764,000 people were evacuated from seven coastal districts to shelter centres on Saturday. The districts are Baterhat, Khulna, Satkhira, Barishal, Pirojpur, Barguna and Bhola.