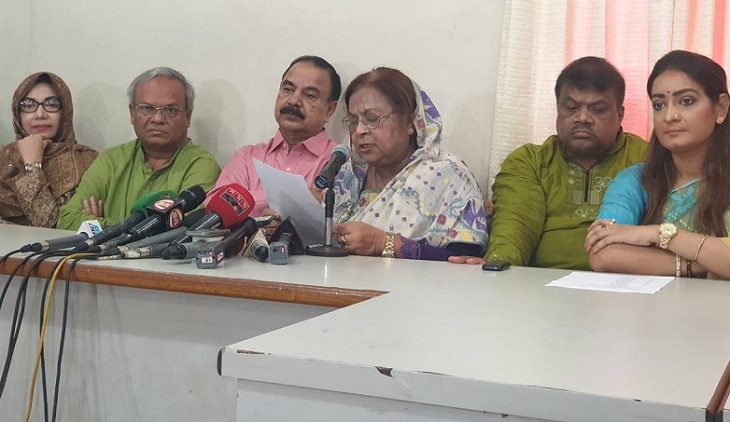 Amid the growing incidents of rape and violence against women and children, BNP has formed a forum to stand by the victims of such repression with legal and other support, and create a social movement to prevent these menaces.

BNP standing committee member Gayeshwar Chandra Roy came up with the announcement at a press conference at the party’s Nayapaltan central office on Friday.

Party executive committee member advocate Nipun Roy has been made member secretary of the forum while mid-level leaders of the party and its associate bodies, pro-BNP professionals, including lawyers, doctors and businessmen have been made its members.

An advisory panel of the forum has also been formed with Gayeshwar as its chief adviser. The other members of the panel are advocate Khandker Mahbub Hossain, AJ Mohammad Ali, AZM Zahid Hossain, Abdul Awal Mintoo, Zainul Abedin and Ruhul Kabir Rizvi.

Speaking at the press meet, Gayeshwar said the country’s people are witnessing an appalling scenario of repression on women and children which cannot be controlled in any way. “That’s why BNP has taken the initiative to constitute the forum from its own responsibility. Our aim is to create such committees in all the regions of Bangladesh by involving a group of party leaders with the forum.”

said whenever any incident of such repression takes place their forum will immediately stand beside the victims and their family with medical and legal support.

Gayeshwar said they formed the forum as per directives of their party acting chairman Tarique Rahman.

Selima Rahman said the growing incidents of rape, killing and repression have badly engulfed the entire country. “Guardians are seriously worried about the security of their girls and children. The repression of women and children marked a sharp raise due to the misrule and lack of accountability of the government.”

She alleged that all the previous records of violence against women and children have broken during the current regime as ruling party men are involved with most such incidents. “Bangladesh has now become a den of rape. From the nine-month-old baby girl to 80-year-old women are not spared from the lust of rapists.”

Selima said they came up with the forum as part of their social movement against prevailing violence against women and children and social unjust.

One held for raping fifth grader

‘Girl found at Kamalapur station was raped before murder’