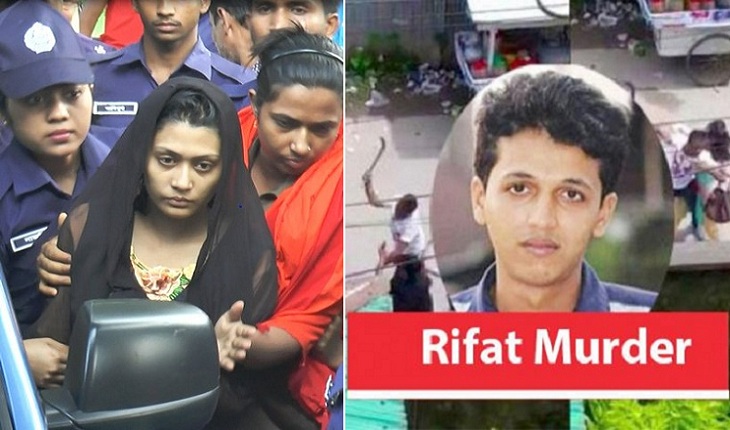 The High Court will hear the bail petition of Aysha Siddika Minni in a case filed over the killing of her husband Rifat Sharif.

Earlier, on Monday, Mozammel Hossain, father of Minni, filed a petition with the HC bench concerned seeking bail for Minni.

The HC bench deferred till Thursday the hearing on the bail petition on the following day (Tuesday).

On the same day, petitioner’s advocate ZI Khan Panna informed, “The bench was scheduled to hear the petition on Tuesday but it could not hear the issue as other issues were pending to be heard and disposed.”

The court said it would hear the petition in detail on Thursday, he added.

Rifat Sharif, 22, was attacked with sharp weapons near the main gate of Barguna Government College on June 26. Minni appeared to be trying to protect him during the attack.

Police have so far arrested 16 people over the murder. Besides, main accused Sabbir Ahmed alias Nayon Bond was killed in a reported gunfight with law enforcers on July 2.

Police arrested Minni on July 16 over the murder of her husband and was denied bail several times. She reportedly confessed to her involvement in the murder before the court on July 19, two days after her arrest.

On July 31, Minni filed a petition with a Barguna court seeking withdrawal of her confessional statement over the murder.